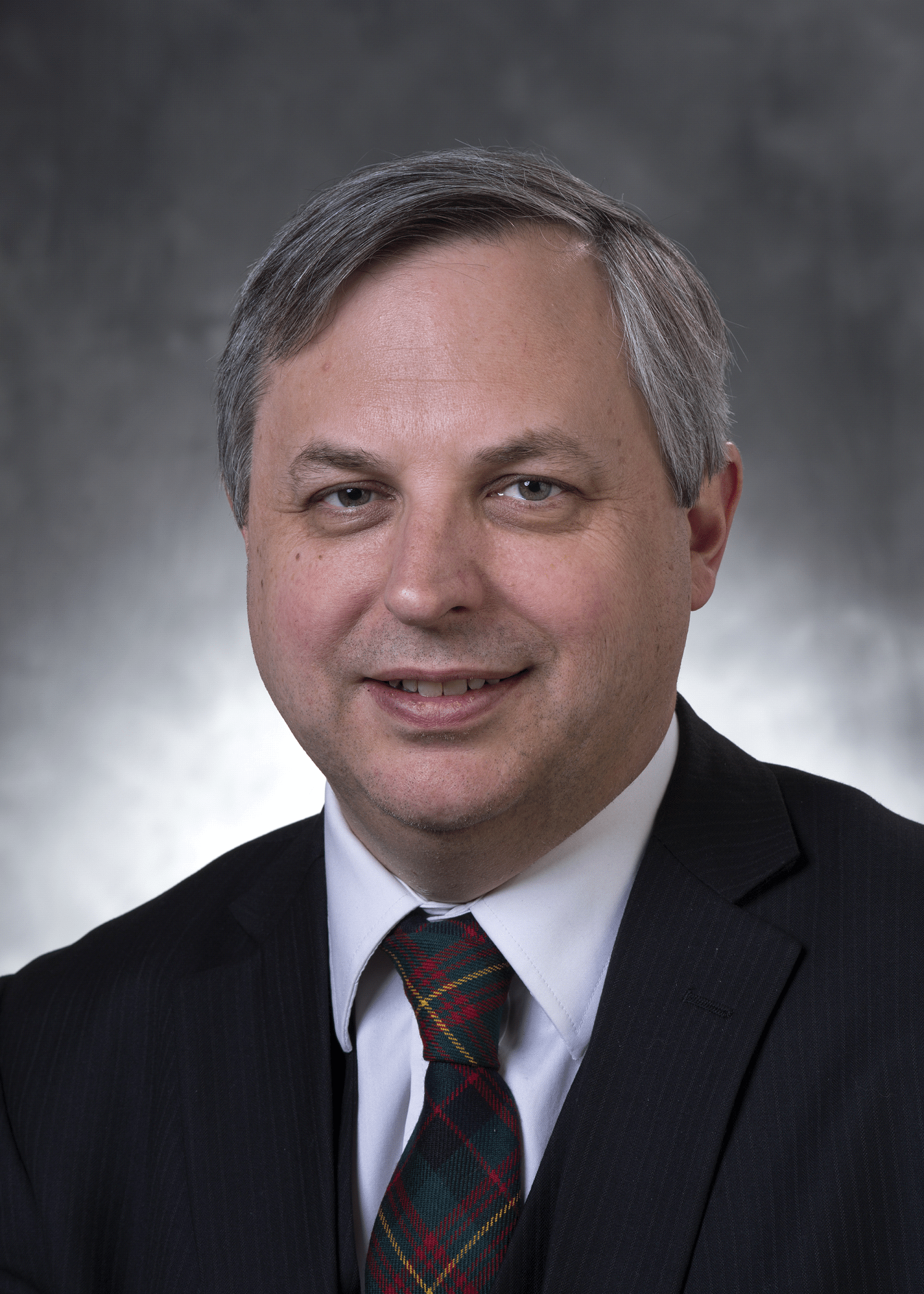 Networking the Many, Tiny and Far away

Abstract: The desire to communicate is innate to being human. Barriers to communication including distance and interference remain ongoing challenges as we explore ever more remote and difficult environments. Today, however, not only humans communicate — the issues arising from the scale of a global or inter-planetary Internet of connected humans and machines presents new challenges. These include scale, security, resilience and availability. While the theoretical underpinnings of basic communications and security are comparatively well-established, these new challenges offer rich opportunities for the development of novel theories and technology. In this talk I will retrace some of the major innovations in communication and focus on the architectural principles that have arisen from these efforts. I will give special attention to issues common to both IoT and challenged networks and the protocol architectures and techniques developed to cope with them.

Bio :Kevin Fall, PhD is the Chief Customer Officer and Co-Founder of Nefeli Networks. Prior to this he was Deputy Director and CTO of the Software Engineering Institute
(SEI) at Carnegie Mellon University. He is a Fellow of the ACM and IEEE (for work on Delay Tolerant Networking), and author of the second edition of the textbook “TCP/IP Illustrated, Volume 1: The Protocols”. He has held teaching positions at UC Berkeley, UC Santa Cruz, and UC San Diego. 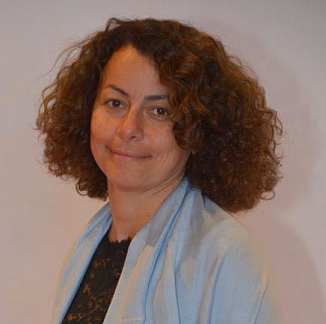 Liberating technology to act on our behalf

Abstract:Over the last decade, we have seen amazing adoption of sensing into our daily lives, from smart phones, to wearables to virtual home assistants, to many others. However, while sensing has indeed become ubiquitous, technology continues to be highly dependent on us, asking for input, expecting us to provide every detail and bombarding us with irrelevant information. What would it take to liberate technology to become more proactive? How do we empower it to act on our behalf?

Bio : Lama Nachman is an Intel fellow and Director of Anticipatory Computing Lab in Intel Labs. Her research is focused on creating contextually aware experiences that understand users through sensing and sense making, anticipate their needs and act on their behalf. She leads a multi-disciplinary team of researchers that explore new user experiences, sensing systems, algorithms and applications and transfer these capabilities to biz units to impact future Intel products. Lama has 20 years of experience in the areas of context aware computing, multi-modal interactions, sensor networks, computer architecture, embedded systems and wireless technologies. Previous assignments at Intel involved researching and developing the next generation of self-organizing sensor network nodes (Intel Mote Platforms). She deployed these technologies in health applications as well as various commercial and industrial settings. Prior to joining Intel, Lama has held senior positions at Ubicom Inc, Weave Innovations and Microsoft Corporation. Lama received her MS and BS in computer engineering at the University of Wisconsin-Madison. 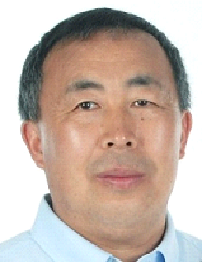 Abstract:Modern society depends on faster, safer, and environment friendly transportation system. Vehicular communications network in terms of vehicle to vehicle, vehicle to infrastructure, vehicle to pedestrian, vehicle to cloud, and vehicle to sensor, can provide a solution to such transportation system. In this talk, we first introduce the all connected vehicles. We then present the applications, challenges and scientific research issues of vehicular communications network. We also explain the role of vehicular networking in the automated driving era. We conclude the talk by discuss the future Space-Air-Ground (SAG) Integrated vehicular networks. 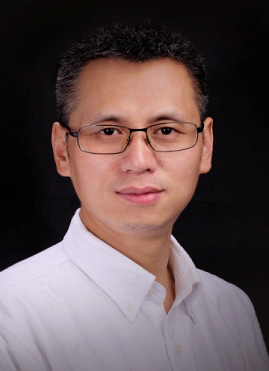 The way towards self-learning network

Abstract: The recent years have witnessed the rapid development in the area of Internet. Internet plays an important role in our lives and has big challenges and issues. Quality of service experience and network management will become more and more important with the network scale up. One side, the carries will compete with OTT to provide better services, another side, the carries meet big cost arising in network. How to deal with the big challenges are new research topics. In History Active network, SDN, cognitive network and self driving network had proposed in top conference such as Sigcomm, NSDI, ICNP, INFOCOM and some research institutes programs such as NSF, CNSF, EU FP8 and national funding, and different system and key enabling technologies were proposed to address these challenges.
At First his talk will propose architecture of self-learning network for application experience first. Secondly key enabling technologies in control plane, programmable data plane, and measurement plane based on this architecture will be addressed. Thirdly the future research directions on self learning will be discussed. Finally, the user cases will be given based on this architecture and show its feasibilities.

Bio :Nicholas Zhang is Chief architect research scientist and Director of Future Network Theory Lab. He is over 15 years Research experience of system architect in Network, distributed system and communication system. He had contributed more than 90 patents globally.
He was a System engineer for L3+ switch product since 2000. He was a PDT (Product development team) leader of smart devices, pioneering a new consumer business for company since 2002. He was a Senior Researcher, leading future internet research and cooperative communication, and did Mobility research program since 2005. In 2009, Principal Researcher, in charge of advance network technology research department, leading researches of future network, distributed computing, Database system and data analysis. He proposed stream based research system in network to maintain network and find added value for carries. He was a Principal Researcher, leading system group in data mining and machine learning since 2012. He was system architect for next generation intelligence phone by large scale of knowledge, and led a group to learn human activities based on activity graph and activity learning. In 2014, he was a Principal Researcher, and Director leading future network theory lab. He proposed Application driven network concept and architecture. He is very active in Sigcomm, ICNP, INFOCOM, ICDCS and ICCCN.
Recently years, the major research directions are Network architecture and large scale distributed system at his lab. 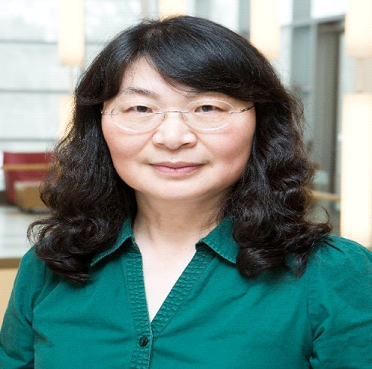 A Vision towards Pervasive Edge Computing

Bio : Yuanyuan Yang received the BEng and MS degrees in computer science and engineering from Tsinghua University, Beijing, China, and the MSE and PhD degrees in computer science from Johns Hopkins University, Baltimore, Maryland, USA. Dr. Yang is a SUNY Distinguished Professor in the Department of Electrical & Computer Engineering and Department of Computer Science, and the Associate Dean for Academic Affairs of College of Engineering and Applied Sciences at Stony Brook University, New York, USA.
Dr. Yang is internationally recognized for her contributions in parallel & distributed computing systems and networking. She was named an IEEE Fellow in 2009 for contributions to the area. Her current research interests include cloud computing, edge computing and mobile computing. Her research group currently develops data center architectures and virtual machine placement algorithms in cloud computing systems, data discovery/retrieval/caching mechanisms in edge computing systems, and wireless energy-charging algorithms and mobile data gathering mechanisms in wireless rechargeable sensor networks.

She is an inventor/co-inventor of seven U.S. patents in the area of interconnection networks. She has served as a distinguished visitor of IEEE Computer Society. She received an IEEE Region 1 Award in 2002, the Best Paper Awards at the 18th IEEE International Parallel and Distributed Processing Symposium in 2004, and the 7th International Conference on Parallel and Distributed Systems in 2000, a Distinguished Leadership Award from the 15th IEEE International Conference on Computer Communications and Networks in 2006 and four Best Paper Runner-up Awards. She has served as a general chair, program chair or vice chair for several major conferences and a program committee member for numerous conferences. Her research has been supported by a number of research grants from the National Science Foundation and the Army Research Office. Her home page is at www.ece.stonybrook.edu/~yang.